Santinho’s Beach name appeared in print maps since the 1970s, due to a mysterious image, carved on a stone which resembled a saint. Some said it was witchcraft, but others prayed in front of the image asking for protection in the open sea. Nowadays it is known that this description of a saint and other inscriptions, dating back five thousand years, is one of the largest collections of rock art in stone.

The beach has strong waves, open sea and long stretch of sand that in its most northern part, turns into long dune fields. Today the Santinho’s Beach is practically attached in Ingleses Beach, being this union, one of the great references of the northern part of the Island. 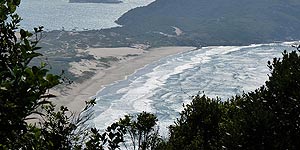 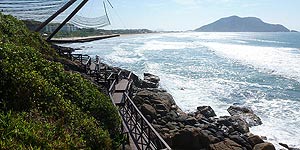 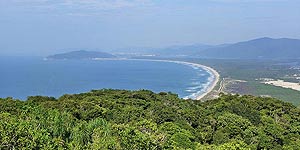 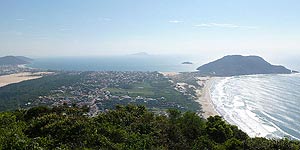 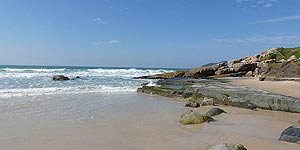 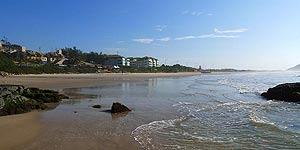 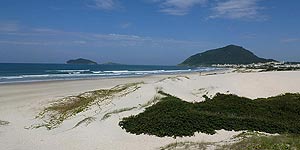 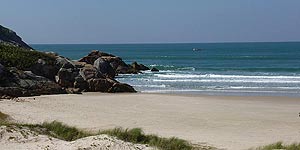 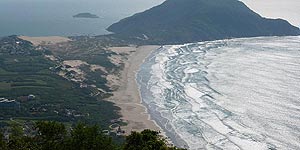 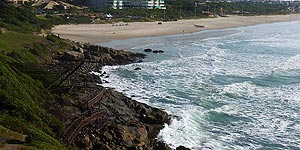 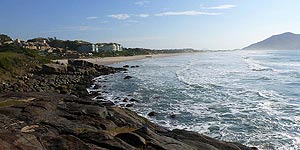 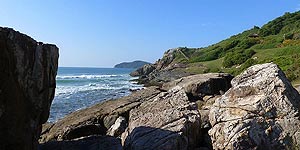 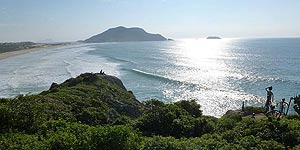 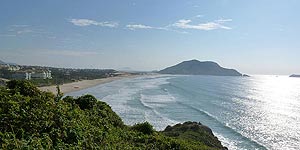